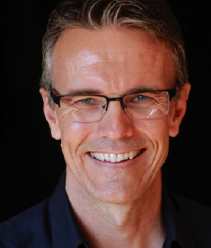 Clyde leads the Visual Story Network, a coalition of 270 organizations and 2300 media leaders in 85 nations working to expand a worldwide movement of media so everyone has the opportunity to encounter Jesus and His kingdom. Since the VSN launch in 2007, more than 150 projects, products and partnerships have been established. Prior to this, he oversaw new media development for The JESUS Film Project (Magdalena: Released From Shame, Damah Film Festival, JESUS: Fact or Fiction?) and coordinated the campus work of Cru (Campus Crusade for Christ) throughout North Africa, the Middle East and Central Asia. Clyde received a Bachelor of Science degree from the University of Maryland/College Park and a Master of Divinity / Missiology degree from Denver Seminary. Clyde’s wife Shirin is a mother, writer (Muslims Next Door, Wanting All the Right Things) and founder of the Middle East Women’s Leadership Network. Clyde and Shirin are the parents of Quinn, Elena and Sage. They reside in Foothill Ranch, California.